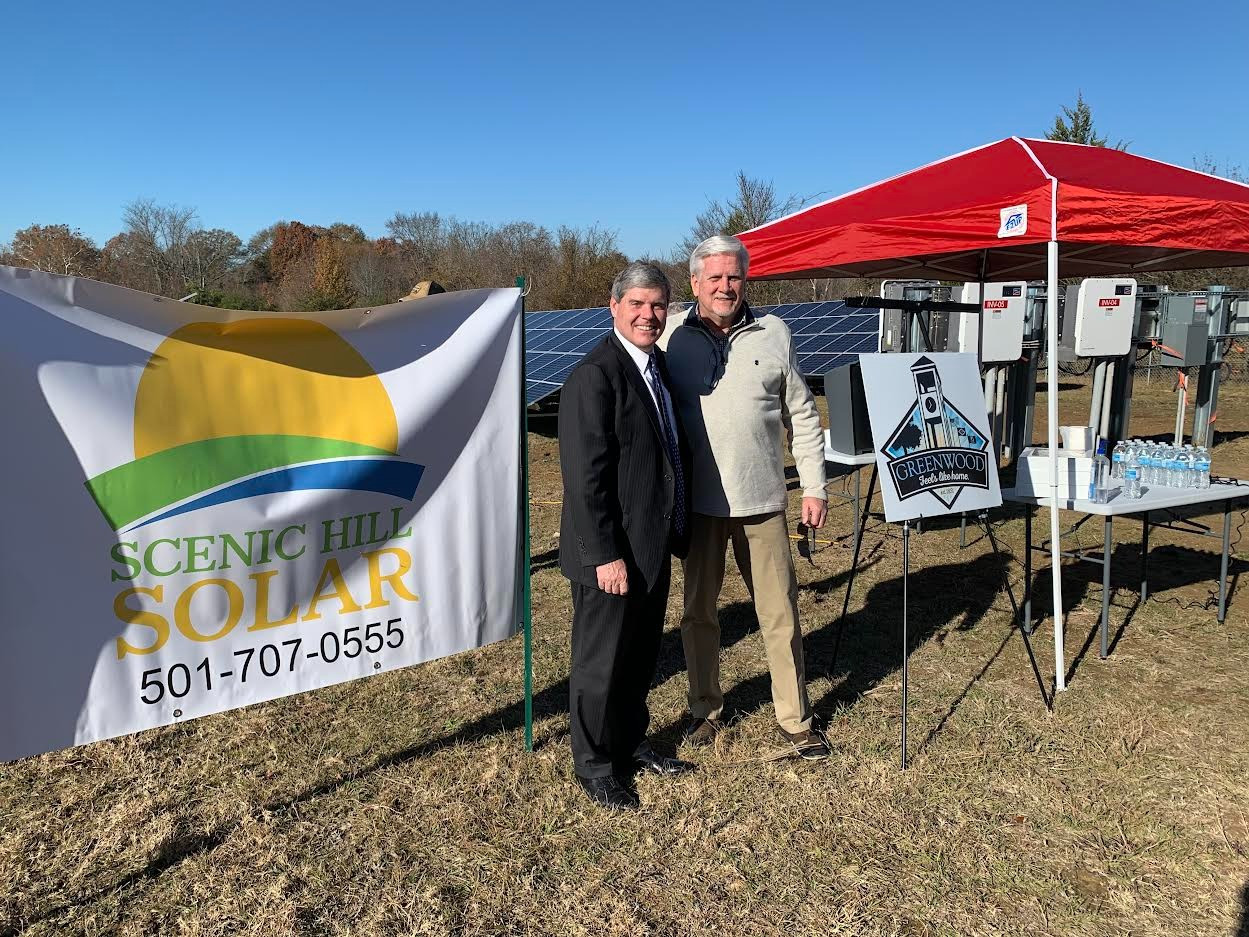 Scenic Hill Solar has completed the first of two solar arrays for the city of Greenwood, and the company and municipality held a celebration Tuesday morning at the project site on Jayhawker Lane in the Sebastian County community of about 9,500.

The 750-kilowatt solar power plant is expected to supply electricity for 98% of city government operations and is situated in the Arkansas Valley Electric Cooperative service territory on city-owned land near the Wastewater Treatment Facility.

Doug Kinslow, Greenwood’s mayor, said in a statement that the town is proud of the achievement. “We look forward to reaping the benefits of lower electricity costs on behalf of our taxpayers while improving the environment.” The mayor called the result a “win-win situation” for the whole community.

Bill Halter, the Scenic Hill CEO and former lieutenant governor of Arkansas, described Greenwood as a strong, forward-thinking partner in renewable power.  “We applaud Mayor Kinslow and the City Council of Greenwood for their dedication to fiscal responsibility, local economic development and clean energy for their citizens.”

Greenwood is one of Sebastian County’s two county seats, along with Fort Smith.