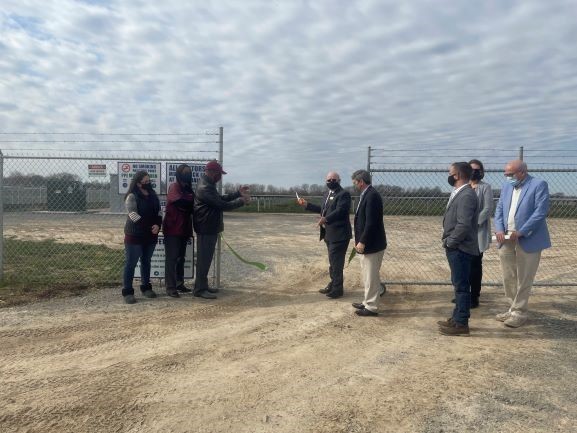 “This power plant not only produces savings for the district, but it also brings capital into the community of Stuttgart. There is more than $2 million of capital here that has been invested,” Halter said.

“Right now, the only parts of the city that will be using the solar power are the city buildings. At a later time, it is supposed to go out to the community, but I am not sure when,” Burgess said.

Stuttgart School District Superintendent Dr. Rick Gales was also at the ribbon-cutting ceremony. He said the financial benefits awarded by the solar power plant will be minimal at first, but the long-term effects are what makes the project worthwhile.

“It really is about a project that is beyond us. The district in 20 to 50 years is really going to see the benefits of it,” Gales said.

In addition, Gales said by using solar energy, students will learn an important lesson about energy-efficiency.

“I think that is a big statement for our students from an educational point of view,” Gales said.